The Story of a “Real” Agent

On 10 November 1965 a brief notice by the Czechoslovak Press Agency emerged in the daily press about the return of a former diplomat, member of the American espionage agency and official of the émigré organisations, Mikuláš Pátek, to Czechoslovakia. It probably drew only little attention. The next news regarding this man was a little bit more extensive and emerged in the daily press on Friday 3 April 1970. It said that the Czechoslovak president Ludvík Svoboda awarded Mikuláš Pátek, who celebrated his 60th birthday, a high state award For Bravery. The reason was his “selfless activity in the anti-fascist resistance during WWII and extraordinary activity in 1949–1965 when he worked abroad against foreign intelligence services in favour of the socialistic regime in the CSSR”. And more news were to come. In 1970 a new book by Eduard Pára and Ludek Náprava was published, entitled Seventeen Years of Being a Czechoslovak Agent in the West, with the main protagonist called dr. Michal Pánek. The similarity of the names is not a coincidence. The story was inspired by the life of Mikuláš Pátek, and there is also quite an extensive file in the Security Services Archive. The file begins in October 1957, when Pátek was registered as an informer of the I. Directorate of the Ministry of Interior, then the foreign intelligence service. The file has reg. No. 41548 and the cover name “Oravčan” (or “Miko” from June 1960). The proposal to use this informer in propaganda was approved in spring 1966.

Who was actually Mikuláš Pátek (Michal Pánek), who, according to the authors, bravely collaborated from 1949 in favour of the socialistic regime in Czechoslovakia? After checking the aforementioned file we see that the version in the book and the reality are quite different. The book, for example, omits what made Pátek to emigrate in 1949 and what made him to collaborate with the Czechoslovak State Security. It is clear from the files that Mikuláš Pátek, a communist party member, worked as a Czech press attaché in Bulgaria in 1949 and was suspected of fraud, therefore – as he allegedly said – he lost his nerve and fled to West Germany. At first he worked as a gardener and maintenance worker, then he was employed by Colonel Charles Katek, a Czech-born American and head of the US army mission in Prague in 1945–1948, in the unit of Colonel Koenig (nee Jaroslav Kaspar, 1949–1955 head of a CIC intelligence group in Germany) focusing on press monitoring. From 1951 he worked as a photographer and was occasionally hired for some jobs for the American army. In June 1954 his employment was over, his one-year-long stay in Heidelberg was settled and he was provided with support to study a hotel school. After graduation he worked as a hotel porter and afterwards his jobs changed with period of unemployment. In 1955 he got in touch with his brother in Czechoslovakia to get connected with the Czechoslovak authorities and got the finance and the chance to return to CSSR.

In the file we can follow the “MIKO” operation in the years 1966–1970. The file contains the records of the meetings of the intelligence officer Jaroslav Nekola with Mikuláš Pátek and the authors of the aforementioned book. The file also contains materials for the future book including photos that were taken by Pátek. The original version of the manuscript was finished in 1968, it has 428 pages and is part 107 of the main file. Because of rather negative reviews, the book wasn’t recommended for publishing. A substantially reworked version was published in 1970, at the time of the so-called normalisation of society, when it could be used again in propaganda to “reveal the work of the American intelligence headquarters in Germany” and describe bad conditions in which the post-February 1948 émigrés live and which is misused for espionage. 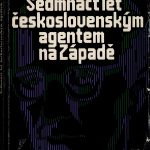 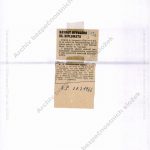 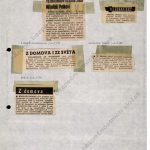 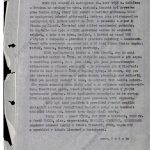 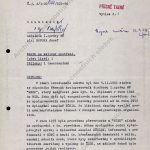 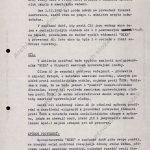 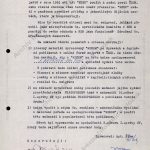 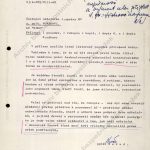 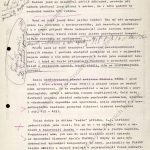 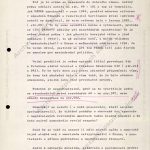 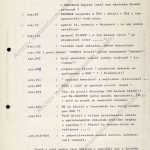 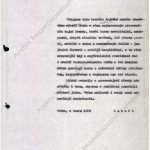 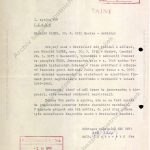