The collection entitled StB Investigation Headquarters – Investigation Files includes an extensive file, V-3200 CB, for investigation of unidentified culprits who were thought to have committed the crime of subverting the republic. This was based on the fact that on 21–26 August 1968, some staff of the Czechoslovak TV and other staff, probably from the Czechoslovak Army units located in Cesky Krumlov, did illegal broadcast from the Klet TV transmitter (South Bohemia) of news and features focused primarily on the information of the entry of Warsaw Pact troops in the Czechoslovak Republic. The same people then organised illegal crossing of Austrian borders and subsequently established telephone connection with Radio Linz and the Austrian TV.

Many people testified that on 21 August 1968, when the Czech TV was captured by the foreign troops at 11 a.m., the TV staff moved to substitute offices in Jindrisska St. and later Vodickova St. After that, they were instructed to move to the Klet transmitter and set up a substitute TV studio from where they could continue with the further broadcast. The plan was to relay the news from the Czechoslovak Radio and other reports from abroad. The necessary technical equipment was removed from the transmission truck, mainly the camera and TV receiver. As it was known that the Soviet troops did not seize structures guarded by Czechoslovak Army units, the army sent their patrols, namely one platoon with an armoured vehicle, which besides securing the building also blocked access roads. The news was then broadcast from 22 to 25 August 1968, 11 p.m. They managed to broadcast, for instance, the Declaration of Czechoslovak Journalists in English and Czech. After that, the staff hastily left the place, frightened with the news of the approaching Soviet troops. On 26 August, most of them in disguise as firemen crossed the Austrian border and held talks with the Austrian TV and Radio Linz regarding the possibility to continue the broadcast. The prosecution was eventually suspended in 1972 because the substance of the crime was not fulfilled. The acts occurred just after 21 August 1968 and the Regional Prosecutor stated that “considering this fact, it would be questionable to see and try to prove, in the acts of the aforementioned individuals, the signs of hostility against the socialist state system of the republic. It would be problematic in connection thereto to turn down the defence that these individual acted in a critical time in the spirit of declarations and statements of the former supreme party bodies.”

The file includes interrogation of a high number of direct witnesses with detailed information of events of those days, as well as unique documents not only directly from the broadcast in August 1968, but also copies of various fliers, party declarations and original maps giving the movement of Warsaw Pact troops in August 1968.

The finding aid which is available at the Archive’s website clearly shows that most of the StB investigation files were linked to specific persons, and are therefore identifiable in the Archive’s retrieval system. The files that have no identifiable person, however, cannot be retrieved. The records in the registries of the State Security often give only a basic description (for instance, “incident”, “anonymous letter”, “defamation of the republic and its representatives”, “abandonment of the republic”, etc.) and even though a researcher has full access to this finding aid, the topic cannot be identified without reading the file. Thanks to a detailed work on this part of the collection of investigation files (Ceske Budejovice files), the archivists were able to identify the Klet Mission file, which is a highly valuable archival material for historians focusing on this period. Part of this collection will be accessible in the eBadatelna web application when systematic digitisation is completed. 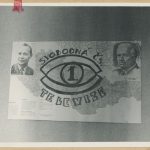 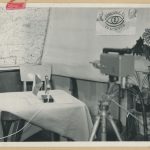 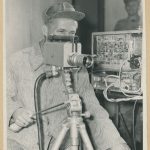 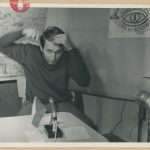 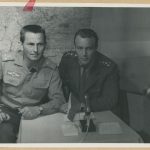 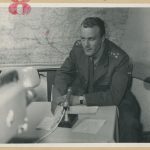 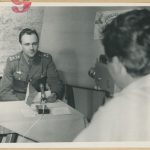 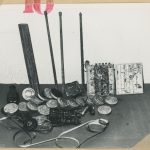 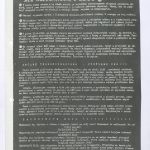 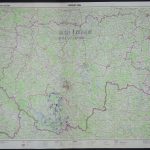 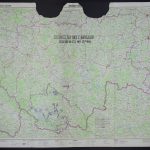