“The Ear” in the Flat

Alfréd Radok (1914–1976), Czech theatre and film director, founder and the first artistic director of Laterna Magica theatre, is a well-known figure. His fate is similar to those who were first persecuted by the Nazis for their Jewish origin, then was under surveillance and persecuted by the socialist State police and repressed by the communist power in their professional life for their liberal thinking, and eventually forced to emigrate in 1968 after the occupation of Czechoslovakia. Radok emigrated to Göteborg, Sweden. His own creative work was unconventional and original, which wasn’t welcome in the socialist Czechoslovakia and his pieces were often put in the lists of prohibited artistic works. However, his work became famous abroad where it was much appreciated and won him various awards.

Our materials were taken from a personal counterintelligence file that was kept by the state police on Alfred Radok, and from a file which is part of the collection entitled Intelligence Equipment Directorate. These two files are complementary to each other and draw a picture of one of many difficult periods in the life of Alfréd Radok in 1960 and 1961. Following the global success of the alternative theatre Laterna Magica, which was part of the Czechoslovak exhibition at the Expo 58 in Brussels, a new independent scene for this new type of theatre was established in the National Theatre in 1959. The first performance, for which Alfred Radok staged The Opening of the Wells by Bohuslav Martinů, was removed from the programme by the communist censorship represented by the minister of culture Václav Kopecký. Alfréd Radok had to leave Laterna Magica and found a new engagement in the Prague City Theatres at the end of 1960. He returned to the National Theatre only shortly before his emigration.

In the personal operative file (reg. no. 20368 MV, opened on 1 October 1960, today lodged in the Security Services Archive under file number KR-588095 MV, records have survived from the long-term eavesdropping installed in Radok’s flat. The State Security bugged Radok’s conversations with his colleagues, directors and actors in his study room. Among the visitors of his flat were actors Václav Voska, Svatopluk Beneš, Irena Kačírková, Otomar Krejča and others.

In the file reg. no. 826 MV, now lodged with the Security Services Archive under file number B-1151 ZT, which was kept by the Intelligence Equipment Directorate between 11 April 1960 and 27 November 1961 under the cover name “Metro”, records can be found about the installation and deinstallation of the technical equipment. There are also records on the preparatory steps, such as trial use of the keys for the Radoks’ flat which was carried out not only during the day, but also at night. The technical device was installed in the flat at the beginning of July 1960 when the Radoks were on holidays in South Bohemia. It was removed at the end of November 1961. 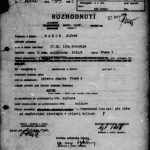 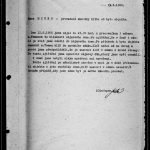 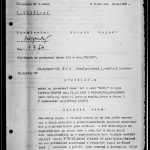 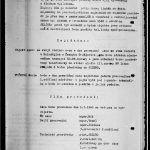 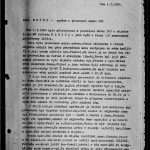 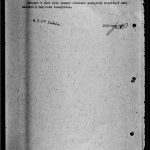 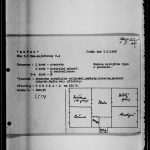 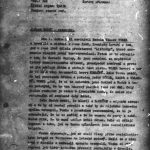 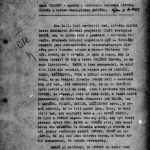 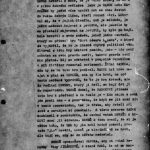 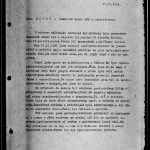 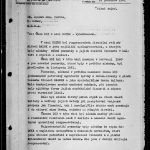