The Collapse of a Watchtower

Using watchtowers played an important role in the military guard system of the Czechoslovak state borders with Austria and Germany in 1951–1989. Originally they were a wooden structure with a gallery and guard shelter on top. Later, mainly metal structures were built. Watchtowers enabled the border patrols to watch extensive areas from an elevation, allowing them to see soon enough anybody who attempted for an illegal crossing of the border (“intruders” in the period terminology).

The cases of victims of this strict military guard system in Czechoslovakia are well known, unlike the cases of casualties among the members of the border patrols. Formerly heroified cases of injuries or even deaths of patrol members in shootouts at the borders were quite rare. The preserved collections of the border patrol units contain significantly more testimonies of cases when the actual service was the reason of risk of injury or life of the Border Patrol members. Especially dangerous was a so-called technical field security system along the border, made from barbed wire, mines or watchtowers. Such is also the case dated 28 May 1958 which happened at the 17th Patrol Company in Dyjákovice, part of the 4th Brigade of the Border Patrol based in Znojmo.

An engineering unit under the command of Sergeant Zdeňek Kazimír was instructed to transfer a watchtower to a better place. On 27 May 1958 they started dismantling the structure. The next day they finished it and moved the material to a new place. They erected two opposite sides of the structure and then started to connect them using frames and wooden wind shielding. Eight members of the unit worked at an elevation on the future watch gallery and at the same time others kept the whole construction in balance by means of ropes. Around 11.30 the slow southeast wind was interrupted with a strong gust from southeast, which moved the structure out of balance to the west and released the anchoring ropes. The wind pressure and the weight of the men on the structure caused both western upright beams to break and the whole structure inevitably collapsed.

Just before the watchtower structure touched the ground, four of the patrol members managed to jump down. Unfortunately four others who had been working at the highest elevation and were secured to the structure with ropes to prevent falling fell down together with the structure. The injured members were immediately loaded onto a truck and taken to the headquarters, from where a doctor was requested together with immediate transport to the hospital in Znojmo. Two of them were subsequently transported to the Military Hospital in Brno due to their serious injuries, where one of them, Corporal Müller, died of spine fracture in the evening.

During the subsequent investigation, all the interrogated members agreed that the structure was properly secured with anchoring ropes and obeyed ordinary safety procedures. Just before the collapse, however, they sensed a sudden wind gust which they claimed to have been the cause of the collapse.

An expert statement from the Engineering Commander of the Border Patrol Headquarters subsequently identified a sudden wind gust as the cause of the collapse, but also found that the anchoring work on the structure was insufficient, attributing this to low alertness of the patrol members who had already built 30 watchtower without a single defect. He stated that more anchoring ropes should have been used, and the anchor pins should have been placed some 10–20 cm deeper in the ground. He admitted that the structure would have probably collapsed anyway, but the tied men would have had more time to react. Another adverse factor in the work was the vicinity of the wired fencing which reduced the working space. To anchor properly, the pins would have hade to be placed on the other side of the fencing, but that was accessible only through a ground causeway some 100 m from the construction site, or the fencing would have to be cut through, all of which made the operative solutions quite difficult.

This case provides details of the watchtower structure, construction process and the security measures used during the work. The expert statement made by the Engineering Commander of the Border Patrol Headquarters is especially valuable. It reveals details of protective measures of the wooden posts against rotting by burning, or the lifetime of the watchtower. And this case also showed us that the watchtowers were moved following an assessment of the earlier attempts to cross the borders illegally, and even that female names were used for some watchtowers.

The archival materials for the case are in yet unprocessed collections of the 4th Brigade of the Border Patrol in Znojmo, box 23, and the Border Patrol Headquarters, box 181, lodged with the ABS Department based in Brno-Kanice. 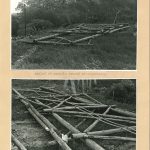 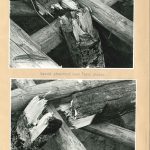 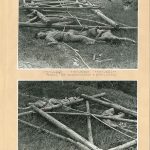 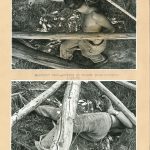 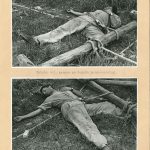 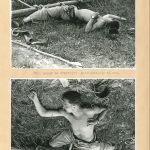 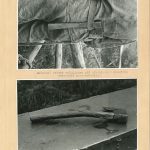 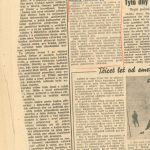 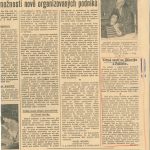 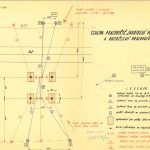