“Good evening, my name is Kovalski. Can I speak to Tony Belehrádek sr.? (…) Can I speak? You are a friend of Václav, aren’t you?”

These words are at the beginning of a recorded phone call of a member of the Czechoslovak Foreign Intelligence Service to the informer Anton Belehrádek. The recording is deposited within the collection of Main Foreign Intelligence Directorate in the file reg. No. 49279 I. S, namely the Permanent Value Materials section.

Anton Belehrádek, cover name Hardy,[1] emigrated from Czechoslovakia at the age of 16 in 1949 and settled in Chicago. He found his occupation there as a commercial pilot and occasional air-traffic instructor. As an experienced pilot he was a member of the Civil Air Patrol, an auxiliary patrol organisation of the U.S. Air Force, where he had the rank of captain, enabling him to enter all air bases in Illinois with no additional control. Free movement in places of interest for intelligence services, combined with his frequent travels to Bratislava, where he regularly visited his ill mother in the 1970s, made him interesting for the State Security.

On 4 May 1979 the Bratislava Security Directorate opened a file in the “Screened person” (PO) category, ref. No. 23151 Bratislava, under the cover name “Hardy”. The reason was a suspicion of collaboration with US foreign intelligence. However, State Security failed to find any proof of Belehrádek’s connection to the western intelligence. Nonetheless, during occasional interviews Belehrádek appeared to be still a person of interest because of his work and his connections to the Czechoslovak émigrés. Therefore his file was reclassified as “candidate of the secret cooperation” (KTS) on 23 July 1980.

Although he provided the State Security with some information regarding the political situation in the USA in the course of the following years, he became an informer of the State Security (category “A”) later, on 1 June 1987, and signed the deal in the Šumavan restaurant in Prague-Zizkov. His motivation was allegedly his bad financial situation when he had lost his job, and his intention to return to Czechoslovakia to retire there. Thanks to his position in Civil Air Patrol, he should have focused on the topic of sudden nuclear attack, later changed to unexpected attack index. His first task which later turned out to be his last task, was to deliver empty US birth certificate forms, to which he had access as an employee of a healthcare office in Berwyne. In the end the documents were not handed over because of miscommunication regarding the place of meeting, including the subsequent date: Tony Belehrádek travelled with the documents to Chicago while the officers of the Czechoslovak Foreign Intelligence were awaiting him in New York.

Why the meeting failed had to be found out by an intelligence officer whose cover name was “Šnejdar”[2]. He did so on 14 October 1987, as we know thanks to the aforementioned audio recording. Belohrádek’s journey to the Czechoslovakia should have been encouraged by the information regarding the deteriorating health condition of Belohrádek’s mother, and during his stay in Czechoslovakia the birth certificates were to be handed out to a foreign intelligence officer named as “Václav”.[3] The call should have been made in English, but that turned out to be problematic because of bad language skills of the intelligence officer “Šnejdar”. Even though the language barrier didn’t prevent from arranging the meeting, Belehrádek was unable to do the journey, reporting his bad financial situation. Further cooperation with “Agent Hardy” was suspended because of his suspected collaboration with the US intelligence services.

[1] In some archival material also referred to as “Hardyk”.

[3] This was Vaclav Zluva, cover name Dlouhy, file 30427, who went in touch with Belehradek in a wine bar in Bratislava and assisted in his signing the deal in Prague on 1 June 1987. 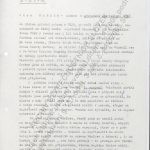 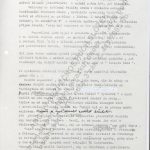 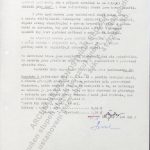 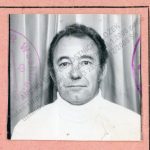 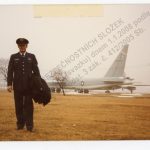