The Games of the XXII Olympiad in 1980 took place in a disturbed geopolitical situation. They were intended as a presentation of the successes of the Soviet Union as the organising country and other states of the former Eastern Bloc. Already in the second half of the 1970s, various civil initiatives brought attention to the violation of human rights in the USSR and appealed to boycott the Games. The US Congress directly called on the US sports representation refuse the participation in Olympic Games. The Soviet army, moreover, invaded Afghanistan in 1979, thus escalating one of the many Cold War conflicts, which only ended up ten years later. In the end just 80 states participated in the Games, 66 teams ignored them entirely and other sportsmen competed under the neutral Olympic flag.

Because of the absence of many sportsmen, most of the medals were won by the USSR (195) and East Germany (126). Czechoslovakia won two gold, three silver and nine bronze medals. The State Security then started preparations for the Games as an important international sports event already in 1978. In the context of the plan called “1980 Olympiad”, which was approved by the I. Federal Deputy Minister of the Interior, it was necessary to “detect plans and intentions of the enemy’s secret services and foreign anti-Soviet organisations (…) that focus on thwarting the Olympic Games in Moscow”, and further to survey the attitudes of diverse countries to the Olympic Games and to gain information on “secret scientific and technological research tasks carried out in the West and on the doping products (…).”[1]

So-called subject files were opened by the State Security for important sports events.[2]  On 1st April 1971 a subject file with the registration number 2406 and the cover name “Sport and Sports Education” was registered by the II. Directorate of the Federal ministry of the Interior. This subject file originally probably contained information regarding the Czechoslovak Spartakiad in 1975, and was archived in July 1976 under number 863 MV. According to the records in the archiving registry book, some materials regarding the Winter Olympic Games in 1976 and the Summer Olympic Games in 1980 were added. Nonetheless, this file is not available today, because it was reduced in June 1985 and destroyed in December 1989, just like many other subject files.

However, the collections of the Security Services Archive contain a preserved file, archived under number OB-475 HK by the Regional Police Directorate in Hradec Králové. It contains materials regarding the Summer Olympic Games in 1980, the Czechoslovak Spartakiad in 1980 and partially also regarding the Spartakiad in 1985. Three inventory units have also been preserved specifically on the Summer Olympic Games 1980 in the collection entitled Physical Education and Professional Sport Directorate of the Federal Ministry of the Interior (A 22/2). A document entitled “Evaluation of the participation of the sportsmen of the Federal Ministry of the Interior on the Olympic Games” highlights the success of the sportsmen connected with the Federal Ministry of Interior who gained 6 medals. Another quite an extensive material is in the “Collection of measures for the preparation of the Czechoslovak sportsmen for the Olympic Games in 1980“ which also includes an internal directive by the Presidium of the Czechoslovak Government, and, finally, also material entitled “Summer Olympic Games in Moscow in 1980” which includes detailed reports on the course of the stay of the members of the Federal Ministry of the Interior directly in the place where the Games took place. You can view selected documents from these materials here. 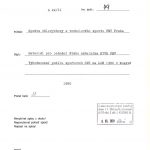 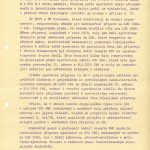 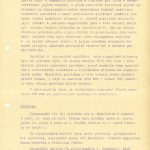 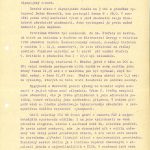 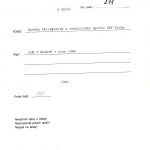 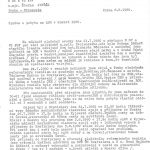 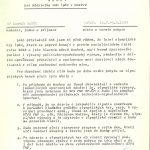 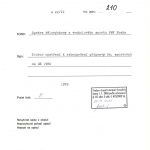 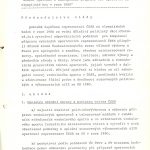 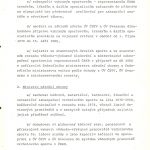 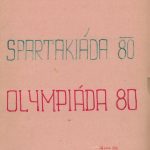 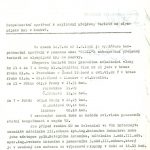 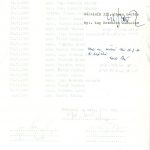 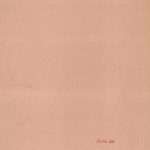 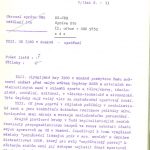 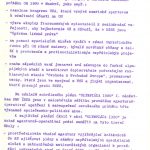 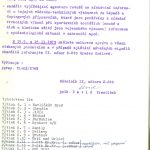