The so-called Council Renewal Work (“Dilo koncilove obnovy”, abbreviated as DKO) was a revival movement that emerged in the Catholic Church in Czechoslovakia during the so-called 1968 Prague Spring. It strove to fully revive the church life, which had experienced purposeful liquidation by the totalitarian regime from the late 1940s. A substantial feature of this movement was the application of principles which, in the spirit of the documents of the Second Vatican Council (1962–1965), reflected the work of the church in the present world and brought the religious practice closer to modern times.

The DKO was established by the Velehrad conference held on 14 May 1968. State administration, even though initially not fully depreciative towards the DKO, never permitted it officially, and from the autumn of 1968 the movement was classified as one of the monitored “hostile” groups by the State Police.[1] However, despite its very short life, the DKO was still able to raise a spontaneous wave in the Czech Catholic Church as regards its pastoring work. Lectures, catechistic courses, spiritual exercises and various other activities of Catholic communities that this wave had brought continued even during the so-called normalisation of society and in the 1980s as home seminars, holiday stays for children and the youth, and other informal meetings; however, they were under permanent surveillance by the State Police until the end of the 1980s.

One of the pastoring activities of this kind were “Spiritual Days for Various Estates”. organised by the priest Jan Srubar in the pilgrimage chapel at Marianska studanka (‘Virgin Mary’s well’), a pilgrimage site near Rychnov na Morave (Svitavy district). Lectures, each of which ending in a service, were always held on a free Saturday and were designed for various groups: married women, older single women and widows, married men, and the youth. Together with Jan Srubar, other priests from nearby parishes, namely Jan Kutac, Petr Triska, Ladislav Kovarik and Frantisek Smistik, also participated in these activities. The State Police (StB) monitored it from July 1971 through informers. On 6 October 1971 the StB office in Svitavy opened a monitor file on Jan Srubar, registered under no. 9862 and the code name Kazatel (‘Preacher’), in which documents produced by the surveillance units were filed.[2]

As the numbers of participants rose, and these Saturday meetings were becoming increasingly popular with Catholics from other districts, the interest of the State Police also grew. In August 1973 the StB decided to employ “Technical Feature T-155” (meaning concealed surveillance with photographing) on the arrival and departure of the participants. The documents preserved in the surveillance file[3] show that the believers were photographed on 25 August 1973, 22 September 1973 and 13 October 1973 from early morning to the end of each meeting in the afternoon. The StB photographers were hidden in the nearby gamekeeper’s lodge, which had been reconstructed as a recreational site for the Prefa Kurim national enterprise. They used a Pentacon camera with a telephoto lens. At the same time the StB also employed the Technical Feature T-111 (long-term listening device). The StB officers came to the chapel as ordinary tourists and found that the key was hidden behind the flower pot near the entrance. They copied the keys and in the night of 24 August 1973 installed the listening device in the chapel. It was a device known as Cejn IV that they mounted to the corner slat above the pulpit. On the next day, 25 August 1973, when the programme was over, they came to remove the device in the evening. The device was reinstalled on 21 August 1973 and removed again the next day. The same procedure was applied also on 12 and 13 October 1973.[4]

The photographs and video recordings that the StB made were to be used as evidence of the “criminal activity” of Jan Srubar and other priests. On 23 October 1973, the file codenamed Kazatel was also reclassified as a signal file, meaning that the identified “signal” had to be analysed to confirm the suspected criminal offence.[5]

The investigation file against Jan Srubar et al.[6] contains an internal record of meeting dated 12 December 1973 when the prosecution of all five priests for the crime of voiding the state supervision over churches and religious communities as per Sect. 178 of the Penal Code was agreed on. The meeting was participated by the investigation department officers from Hradec Kralove, representatives of the District Council and of the Communist Party in Svitavy, and the state church secretary for the district of Svitavy. In January 1974, the commander of the StB investigation department in Hradec Kralove, Antonin Havlena, requested a statement concerning the case from the StB Investigation Headquarters in Prague. In a letter dated 3 June 1974, the commander of the Headquarters, Josef Litera, replied that Jan Srubar held his lectures in violation of the law, as he did not have the permit for awareness work as per Act 52/1959 Coll., but that it was not clear why the District Council in Svitavy had not taken an action earlier against these meetings, popular in a wider area. He also mentioned Frantisek Loukota, the state church official for the district of Svitavy, where Litera expressed his doubts that Loukota would not have been informed about the case. Litera expressed his disapproval of the proposal for prosecution when he stated that “It is not clear from the records on Jan Srubar’s preaching that it would be faulty in political terms or that it would contain apparent attacks on our socialist state establishment.”.[7]

The StB Investigation Department in Hradec Kralove respected the decision issued by the supervising authority and did not launch the criminal prosecution. The priests were eventually punished by relocation and withdrawal of the state permit for clergy work. It was withdrawn on Jan Srubar by Vaclav Jonas, the state church official for the region of Hradec Kralove, on 10 December 1974. Kutac, Triska and Kovarik were relocated outside the district of Svitavy. Frantisek Smistik’s state approval had not been renewed as of 1 February 1974.[8] 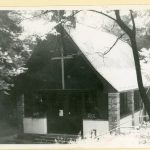 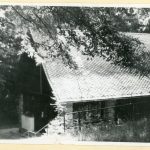 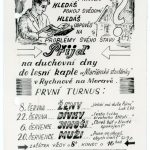 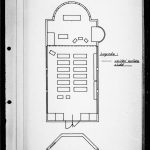 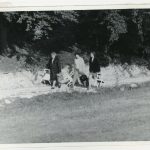 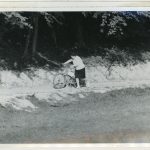 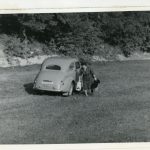 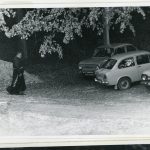 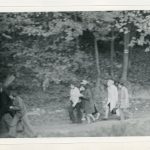 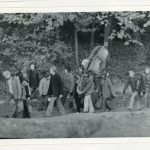 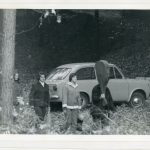