After the end of WWII systematic search operations took place in Czechoslovakia for places where valuable things, documents, weaponry and ammunition were hidden. This was focused mainly on the areas where the German occupational units including the SS and Gestapo were gathered[1]. There are many documents and archival material regarding this topic in the Security Services Archive. One of them is Inv. No. 404 from the collection A7 (Secretariat of the Deputy Minister of the Interior Jaroslav Klíma) which contains detailed information about the search operation in the Boletice military training area, operations of the military counterintelligence department of the 15th motorised division in České Budějovice and the Regional Directorate of the SNB in České Budějovice, under code names “Zdenka”, “Poklad (Treasure)” and “Lovec (Hunter)”. This inventory number contains a detailed documentation of the searched places, including the analysis of the rocks and other materials, the work diary for the “Zdenka” operation, many photographs of the presumed shelters, large-scale maps, blowups of aerial views from the Topographical department of the General Staff, preserved relics of an old German map in a glass plate, and other interesting documents.

The operation „Poklad (Treasure)“ was focused on the exploration of possible shelters outside the Boletice military training area. It was postponed indefinitely in September 1965 mainly because of the ongoing use of technical devices inside the area which was the priority. The operations “Poklad II (Treasure II)” and Zdenka took place in a similar time and area and it is therefore sometimes difficult to distinguish them. More extensive earthwork started in September 1964, but the search became protracted because of the difficult terrain (sometimes T-54 tanks had to be used to transfer the equipment to the site), bad weather especially in the autumn and winter, demanding geological survey and the necessity to coordinate the works with the use of the shooting ranges inside the training area. Approximately 30 people were assigned in the operation, including a geologist, bomb disposal expert and soldiers.

During the operation “Poklad II/Treasure II” the investigation focused on the geological structures of Knížecí stolec and Lysý hill, based on older witness testimonies, because a weaponry deposit was discovered there in 1946, and also the U Kokše game lodge, the former Uhlíkov (Uhligsthal) village, and the area of the former municipality Jablonec (Ogfolderhaid), then used as a shooting target for tanks. Shortly before the end of the war German units, including SS, were deposed there. Reports on the shelters mixed with the hidings of the displaced residents who hid their belongings, and a mention of the part of the documents from the local Gestapo office being removed there when the front was approaching and České Budějovice were bombarded. It was discovered that some sites were often visited by foreigners, mainly from West Germany, and if they found they were followed they immediately left the place. In 1963 the operation “Lovec/Hunter” was re-opened, focusing on Herbert Sommer (*1928), a wood trader from Waldkirchen, who frequently visited this area (for instance 16 times during 1965) and knew it very well.[2] The operation „Lovec/Hunter“ was terminated in 1967.

The operation „Zdenka“ was intended to verify the information passed on by Jan Kuráž[3], the informer of the military intelligence department of the 15th motorised division in České Budějovice, who reported in 1959 that the Wehrmacht transported a higher number of iron boxes on a narrow gauge railway line from Arnoštov to the former village of Zlata (Goldberg). Subsequently the unknown material was reportedly transported by hand or carts to the area of Knížecí stolec. The entrance to this underground shelter should have been secured by armoured door and explosive, and was allegedly built by Soviet prisoners of war who were shot dead after the work was done. This information was obtained from a German employee of the forests administration who was displaced from Czechoslovakia. In 1946, some 100 m from the so-called Schwarzenberg stables, Soviet uniforms and ammunition were discovered under a brook edge. The prisoners of war disappeared without leaving a trace. However, besides several boxes found near Knížecí stolec, the findings in this area were not important, and the original hypotheses regarding a bunker and the elimination of Soviet prisoners were not confirmed. 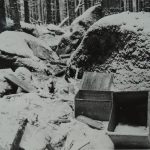 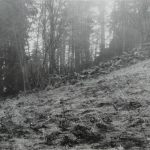 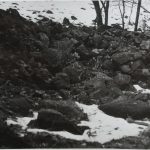 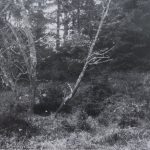 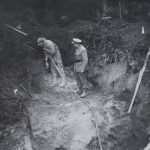 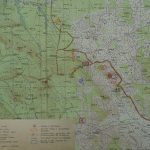 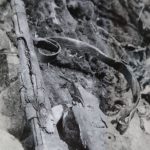 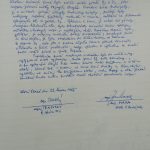