Relocation of the Church

Relocation of the Church in Most

At the end of the 1950s the lignite mines in the Most region reached almost to the very borders of the town of Most. In 1964 the Czechoslovak government issued a decision to demolish the old part of the town and to construct a new one, and subsequently decided that the old decanal Church of the Assumption of the Virgin Mary should be saved due to its historical and artistic value. In 1965–1966 a committee of experts under the supervision of the academician Stanislav Bechyně and prof. Josef Wünsch considered several alternatives to preserve the church and in the end suggested moving the church away from the mining area. To do this, the Transfera company was established under the Ministry of Culture. The aforementioned prof. Josef Wünsch was appointed its managing director.

As this was a unique rescue operation, an expert from abroad was invited, namely ing. Jacques Prévost, the chief designer of the Paris-based company TEPNO, which specialized in the transfers of architectural monuments in Egypt. Although the cooperation failed as the Czechoslovak party was unwilling to pay the necessary foreign currency, the result of Jacques Prévost’s visit to Most was the idea to move the church not on fixed tracks but on flexible ones, i.e., to transfer the church on trolleys that would even out the relative elevations of the relevant points of the building using interlinked hydraulic presses. These tracks were then designed by prof. Wünsch, who had them made and tested them in the relocation of the Chapel of St. Sebastian in Uherské Hradiště on 9 January 1969.

However, from as early as the end of 1968, opposition rose against prof. Wünsch and his management of Transfera, and following repeated criticism prof. Wünsch was dismissed in March 1969. The newly appointed director was Ing. Otakar Novák, the secretary of the government committee for the coordination and control of the removal of the old Most and construction of the new Most, one of Wünsch’s main opponents. He revoked Wünsch’s and Transfera’s concept and took a number of steps to prevent the work commenced by Wünch from being completed. New studies on the translocation were completed by Wünsch’s expert opponents. This was also one of the reasons why the church was not relocated in 1972 as scheduled, but in 1975.

At the beginning of 1969 prof. Wünsch approached the officer of the Investigation Department of the Police Headquarters, Major Karel Mejzlík, following the increasing accusations and slander he had to face, and asked him to check his suspicion that: “… some arrangements are planned that should thwart the planned relocation of the valuable 15th-century historical church in Most. (…)  Considerable funds have already been spent on this scheme. The plan should not be thwarted as it would cause great financial losses. Moreover the good reputation of the Czechoslovak Socialist Republic would be damaged, because specialists abroad as well as the people of Czechoslovakia have already been informed.” This launched an investigation, and the material evidence about it – investigation file No. VV-660/20-69 of the Investigation Department of the Police in Prague – is now part of the collection entitled Ministry of the Interior at the Security Services Archive in Brno-Kanice. This investigation file is a unique opportunity to take a behind-the-scenes look into the affairs in Transfera and the entire first stage of preparations for the relocation of the church.

Major Mejzlík eventually closed the investigation, concluding that in this case criminal proceedings could not be launched, but refused the accusations made by Wünsch’s opponents as unfounded and conflicting. He expressed his concerns about the thwarting of the relocation and strongly recommended that the control bodies conduct an in-depth check into all the actions taken by every institution participating in the preparatory works and the transfer of the church. In November 1970, in his statement for the Control Committee of the Central Committee of the Communist Party, he criticised the work of the new management of Transfera as ineffective, and their actions and criticism of prof. Wünsch as fabricated. However, by then, in the view of his critics who controlled Transfera at that time, prof. Wünsch was already out of the game. 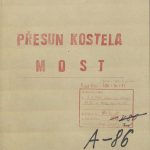 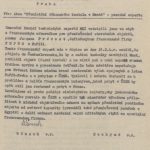 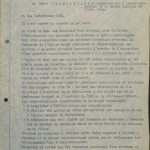 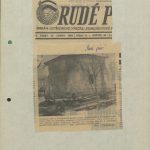 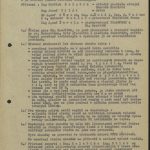 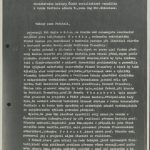 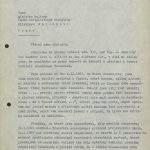 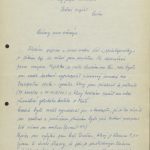 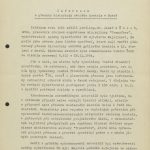 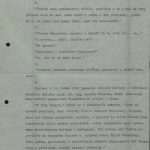 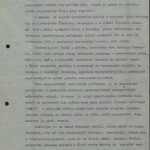 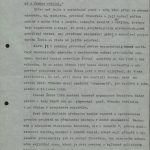 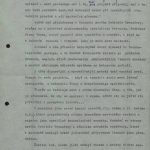 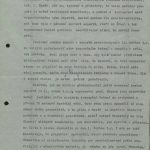 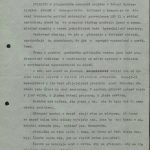 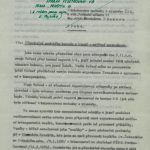 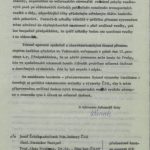 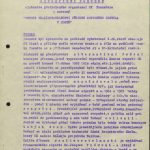 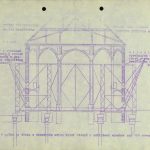 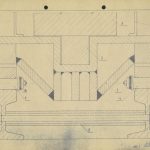 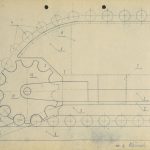 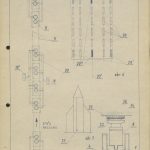 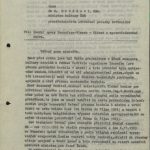 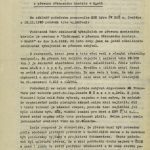