Shortly after the changes that began on 17 November 1989 it was not certain at all whether the regime would use its power against the rising protests. In such case, plans to carry out special security operations would be executed, held under code names “Wave”, “Stroke” or “Norbert”, for instance.

Simply said, the people who, from the viewpoint of the ruling power, represented some kind of “threat to the internal order and security of the state” would be detained. Such a plan would be carried out especially if the duty to defend the state was declared on the grounds of a “Legal Arrangement of the Presidium of the Federal Assembly of the Czechoslovak Socialist Republic”, but it could also have been applied when “sovereignty of the state and its socialist system is increasingly threatened”.

The implementation of the operation “Norbert”, if applicable, would follow a directive dated 1977 which precisely defined the groups of citizens who should be detained, and their division into two categories. Citizens who were assessed as more dangerous were marked as “Z” in the registries, which means that they would have been detained, gathered in a specific area and then transported in a specific prison (NVU). The citizens that were assess as “less dangerous” were marked as “P” in the registries and would be sent to forced labour in special facilities in the relevant districts. The registries, mostly of which have not been preserved, were kept mainly by the District Security Corps (SNB).

The documents about the “Operation Norbert” are lodged with the Security Services Archive and contain, besides the aforementioned guidelines, also sample forms, list of detention facilities for the placement of the citizens from the category “Z”, and a large-scale map of Czechoslovakia. This map shows the stations of the special groups formed within the district offices of the State Security Corps that would have been created and responsible specifically to perform the “Operation Norbert”. The map also shows the special areas designated to gather the citizens from the category “Z” and the routes to transfer them to the designated prisons. 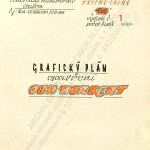 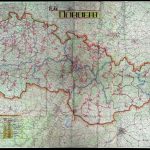 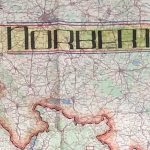 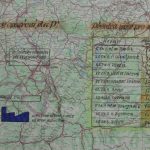 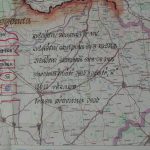 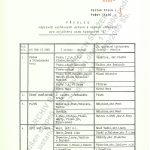 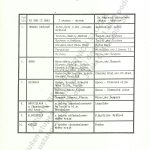