The topic of illegal migration was a major issue in the past, especially during the Cold war when thousands of people tried to get from the East to the West. There were many ways and means of transport used to illegally cross the border. One of these attempts to emigrate will be introduced in this Archival Material of the Month. It was an attempt made by the citizens of the German Democratic Republic.

Following a request from the Stasi, surveillance started on 24 February 1980 in Prague. The persons concerned were nationals of the German Democratic Republic who were assumed to be illegally transported to Austria. They were a family of four and one other man. The surveillance started in Prague, near the Alfa café, where they had to meet an Austrian citizen. This person was called “The Link” by the surveillance staff.

On 25 February 1980 a lorry crossing the Czechoslovakia and heading for Austria was intended to board the refugees and take them across the border. A car in which “The Link” took them to the agreed place was carefully followed by the surveillance staff to the point where they were taken over by the truck driver in one of the motorway rests. The truck continued to the border crossing in Mikulov to reach it early morning on 26 February 1980. After a thorough check, all the refugees were found literally squashed in a concealed compartment at the truck roof. It was in February and the compartment must have been quite cold. According to the pictures, all of them wore warm winter clothes and a few blankets were found. The photo and video documentation that was taken during this operation was later used as a part of an instructional movie for the Border Patrol units following the decision of the minister of the interior.

Subsequently, the prosecution against the detained persons started and an investigation file was issued that unfortunately has not been preserved. The whole family was expelled back to the German Democratic Republic in April 1980 and their attempt to reach the dreamed-of West remained unfulfilled.

The whole surveillance operation was quite extensive and included 35 state police staff members with 15 vehicles. The detailed description of the operation was published in the “Informational Bulletin of the 4th Department of SNB” under the title “An example of a good cooperation and the fulfilling of duties of the surveillance staff”. The state police officers were quite satisfied with the operation and made a remark in the bulletin: “The difficult conditions for the documentation (night hours) were a good school for the surveillance staff because they could prove their abilities in practice”.

Source: Surveillance Directorate (Directorate IV) (A25), inv. No. 1023; Surveillance, vol. 1980, issue 1, An example of a good cooperation and the fulfilling of duties of the surveillance staff. 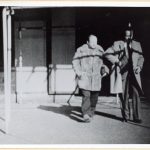 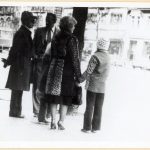 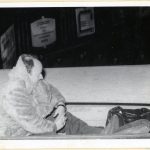 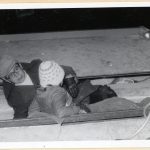 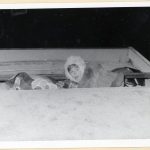 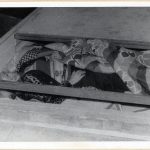 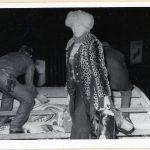