Archiv bezpečnostních složek Leaflets and Anonymous Letters in 1968 and 1969, the Years of Crisis

Leaflets and Anonymous Letters in 1968 and 1969, the Years of Crisis

The occupation of Czechoslovakia by the Warsaw Pact armies on 21 August 1968 was seen as a splinter deep in one’s finger. It intervened against the eased easing of the dictatorship policy of the Communist Party of Czechoslovakia and stopped the hopeful course of the state politics. The events of 1968 and 1969 were a turning point of our modern history and they rooted in our society as a painful milestone that has evoked many emotions every August since that.

Between the years 1969 and 1989, the security services of Czechoslovakia traced and documented a great amount of leaflets and anonymous letters that related to the invasion of 1968, most of them dating back to 1969 and 1970. Some of those which are kept in the Security Services Archive are surprising as regards their content and creativity. The spreading of the leaflets and anonymous letters was investigated by the state police and the files preserved unveil the procedure in searching for the authors, nonetheless the initiators were rarely found.

The aforementioned materials are kept in the repositories of the Security Services Archive in Brno-Kanice. They include – besides anonymous letters and leaflets – also records of telephone calls received by various state institutions, posters and documentation of inscriptions and pictures on buildings, bridges and vehicles from the 1950s till the 1980s. For the purpose of this article, some of the materials from the year 1969 were chosen. They are part of the archival collections Ústí nad Labem StB Directorate and Praha StB Directorate.

The presented leaflets originate in the archival collection ‘Investigation Directorate of the StB – Investigation Files’ which is lodged in the repository of the Security Services Archive in Praha Braník. This collection also contains a small number of investigation files against “unknown offenders“ who were creative enough to show their opinion about the August 1968 occupation and whom the State Police never found. We present here some parts of the investigation files from the collection České Budějovice StB Directorate, where the presented leaflets were found in Tábor and Dráchov in August 1969 near the Lužice river, therefore the State Police expected the offenders to be canoeists. Nonetheless the investigation was not successful and therefore the criminal prosecution for offences against the republic and its representatives was closed on 29 March 1971. 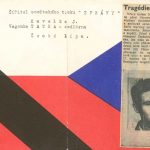 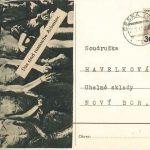 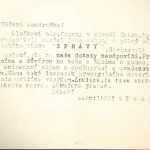 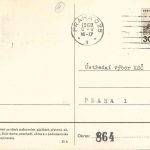 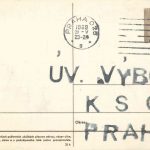 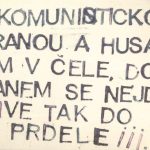 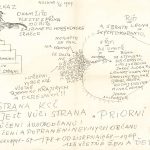 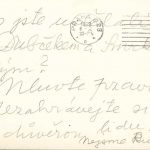 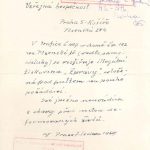 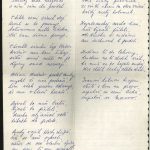 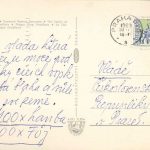 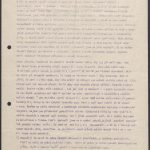 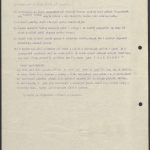 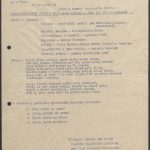 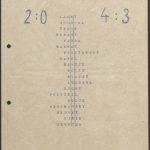