Reportedly approximately 300 people, mostly British trade union members, gathered on Sunday 19th August 1979 in Hyde Park, London, to support the normalisation regime in Czechoslovakia. The demonstration was organized by The New Communist Party of Britain (NCP) on the occasion of the 11th anniversary of the invasion of Warsaw Pact armies into Czechoslovakia in 1968. The main speaker was the grandson of Karl Marx, left-wing journalist and lawyer Jean Robert Longuet, author of the book In the Heard of Europe: Prague Spring or Autumn?, published the same year in January. Longuet said in his speech: “When studying what happened in Czechoslovakia in 1968, I met again the methods of the American intelligence agency CIA, methods that reminded me of the year 1948. The western press has recently tried to spread a campaign regarding a small group of people that refuse to respect law of the socialistic Czechoslovakia.” The criticised small group of people were eleven members of the Committee for the Defence of the Unjustly Prosecuted (Výbor na obranu nespravedlivě stíhaných, VONS) that had just stood trial.

The happening ended by the procession to the seat of the Czechoslovak embassy where a letter declaring a friendly relationship of the worker class towards the socialist Czechoslovakia was handed over.

Unlike the probably spontaneous anti-regime demonstration, the manifestation that supported the Czechoslovak government was part of so called policy of “active measures” (aktivní opatření, AO) with the cover name “Ocean II”. The active measures were an important activity of the intelligence service which tried to influence the public opinion in capitalist countries to support the official foreign policy of Czechoslovakia.

Documentation to the active measures was gathered by the Intelligence Services in the so called 9-type files. The presented documents and photographs are part of so called “Materials of Permanent Value” (MTH) file, sign. 22036 I. S, to which were moved from the primary file reg. no. 90060/119-I (fond Main Foreign Intelligence Directorate – Files). It is not quite clear from the preserved parts how the Intelligence Service was exactly involved in this matter, but it is possible to presume that it could participate financially on the publication and popularisation of Longuet’s book as well as the media presentation of the demonstration.

It is noteworthy that J. R. Longuet visited Czechoslovakia several times. He reportedly collected materials for his aforementioned book there. On the occasion of Czech edition of the book, a press conference was organized that should present the unwillingness of the western publishers to publish it. In this way it should demonstrate the hard circumstances of the “freedom of the press in the bourgeois society” that Longuet had to overcome to be able to publish the “truth about Czechoslovakia”. 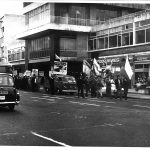 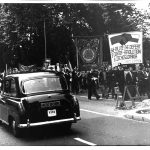 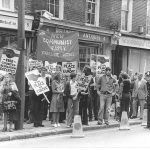 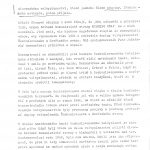 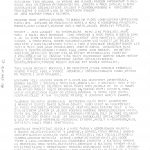 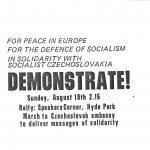 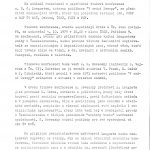 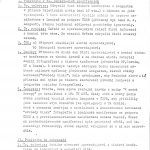 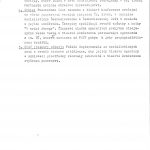