Vlastimil Bubník, a remarkable sportsman-amphibian, who celebrated his success in international ice hockey as well as in football, a hard-to-believe combination for today’s sports world, would be 90 this March.[1] His personality was connected mainly with Brno, where he helped to win 11 league titles, at first wearing the shirt of the Rudá hvězda (“Red Star”) ice-hockey team and then of the Závody kuličkových ložisek (“Ball Bearings Company”). His engagement in RH Brno is also the reason why he is mentioned here. The club was established in 1953 by the Ministry of National Security and the players were employees of the Ministry (later the Ministry of the Interior)[2]. Thanks to this, we can today have an insight into the story of the phenomenal sportsman as is depicted in his personal file (File No. 773/31) kept by the HR Department of the Ministry of the Interior.

He was an employee of the Ministry of National Security from April 1953 till August 1964, except for the years 1957–1959. In November 1961 he became an officer of the Ministry of the Interior. From 1959 he served in the section which specialised in the search for missing people and identification of unknown corpses as part of the Operative Search and Permit Department in Brno. According to his personal assessments, he could be assigned only limited tasks because of the demanding trainings. The oldest documents in his file date back to October 1951 when his personal assessment was requested in respect of his “eligibility” to represent Czechoslovakia at the Oslo Winter Olympics in 1952.

He took part in the Olympics; nonetheless, it wasn’t far from easy to be a member of the national ice hockey team in the course of the 1950s. The fans still preferred the generation of the players from the later 1940s, whose core was destroyed by state power in a political trial in 1950. Moreover, in matches in Western Europe the players were closely watched by the support team and even by some of their teammates. A counter-intelligence file was opened by the III. Counterintelligence Department in 1955 on Bubnik, unusually becoming part of his personal file later. The file was opened because Bubnik was suspected to have contacted the French intelligence service during a series of matches of the Czechoslovak ice hockey players in West Germany in 1954. And as there were in fact two people having the surname Bubník in the national ice hockey team at that time, namely Vlastimil and Václav, the Deputy Minister Antonin Prchal issued an instruction to put both of them under operative surveillance.

This quite a senseless suspicion gives us an insight today into the atmosphere in the national ice hockey team of that time, especially during tournaments in Western Europe. One can see the persistent efforts of the Czech team officials to isolate the players from the surrounding world, especially from Czechoslovak émigrés. However, Vlastimil Bubník coped with the situation in his specific way and, as can be seen in the attached documents, he certainly didn’t resist lively contacts with the Czechoslovaks living abroad. He admitted nevertheless that he felt to be more closely watched after an incident during the World Championship in Sweden in 1954, when he allegedly locked himself when drunk in his hotel room together with Josef Maleček.[3]

The file contains intelligence gathered from informers from the Ice Hockey World championship in Switzerland in 1953 until the beginning of 1958. However, the file had already been formally closed at the end of 1957 as the suspected collaboration with the French intelligence appeared groundless. Nonetheless, the final report stated that “the subject’s behaviour abroad was undisciplined; he often left the group and maintained contacts with émigrés and employees of Radio Free Europe”. Besides this, the operative work brought mostly expectable findings. Vlastimil Bubnik’s personal assessments made by his employer actually only stated, at least until his wedding in 1957, that he was solely interested in sport and women.[4]

[3] Josef Malecek was a successful member of the Czechoslovak national teams throughout the 1920s and 1930s, and after the February 1948 coup he succeeded in feeling from Czechoslovakia. After that he settled in Switzerland where he worked as a team coach. 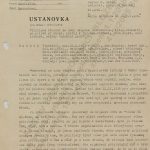 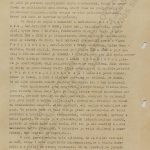 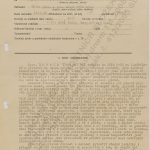 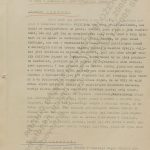 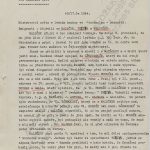 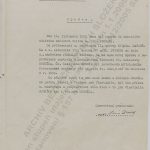 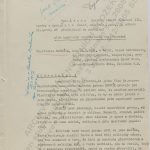 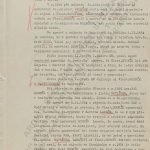 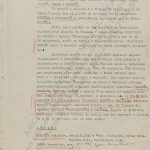 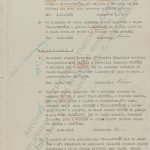 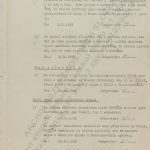 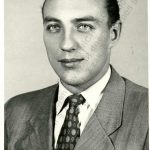