When going through the State Security investigation file No. V-553 LB, the lyrics from a particular song by Franz Friedrich Grünbaum could come to the researcher’s mind. Grünbaum sang in a Berlin cabaret in the 1920s: Ich hab das Fraul´n Helen´ baden sehn, in English: I saw a young lady in a bath …

The envelope of the aforementioned investigation file that was kept from July 1952 to May 1953 by the Regional Directorate of the State Security in Liberec against the Czech politician JUDr. Jaroslav Kratochvíl, industry and trade minister in 1940–1942, also included pictures of the Czech actress Ludmila Baarová-Babková. Kratochvíl and Baarová were close friends at the time Kratochvíl was a member of the government. On the reverse side of the photograph a date “VII. 40” (July 1940) was written. At that time Baarová experienced great success with her role in a movie entitled “Lady in Blue” (January 1940). Later that year, other movies where she played a lead role were introduced: The Masked Lover (October 1940) and Life is Beautiful (December 1940).

Unfortunately it was not possible to find out where the pictures were taken and who were the other two people. The investigation file V-553 LB only contains an accompanying letter that was sent together with the pictures in December 1942 from the State Security Service Headquarters in Prague to the Regional Directorate of the State Security in Liberec, where Kratochvíl was kept in pre-trial custody. According to the document, the picture could have been obtained in connection with the investigation of Ing. Dr. Emílie Laubová-Kinská (No. V-323 MV). It is interesting that there is no other mention of the pictures in the investigation file, either of Emílie Laubová-Kinská or Jaroslav Kratochvíl. It is possible that the interrogators wanted to compromise against Kratochvíl by pointing out the fact that he, as a member of the protectorate government, was in touch with Lída Baarová, an actress who was famous by her relations to important Germans. It is possible that the State Security didn’t use this in the end, because the collaboration with the Nazi regime or German security services was not confirmed in the case of Baarová. Jaroslav Kratochvíl, moreover, took part in the Czech resistance movement during the WWII and was imprisoned.

To make the picture complete, the fact didn’t help Jaroslav Kratochvíl at all. The communist justice conducted one of the subsequent trials against him as a follow-up to the fabricated cases against catholic intellectuals (1952) known as the Green International trial (Agrarian and Christian social party). Kratochvíl was accused because of his connections to the poet Václav Renč and writer Václav Prokůpek of participating in the creation of the Christian-democratic party, which allegedly prepared a state coup. Kratochvíl was found guilty of high treason and sentenced to 7 years in prison in December 1953. He wasn’t released until 1959. 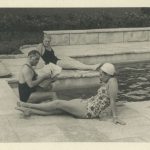 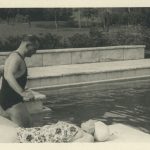 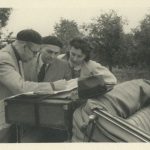 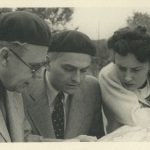