The Democratic People’s Republic of Korea was not a member country of the Warsaw Pact or the Council for Mutual Economic Assistance; still, the Czechoslovak communist regime perceived it as “friendly” and “brotherly”. Nonetheless the activities of the North Korean diplomat Choi Zu Hwal at the turn of seventies could be barely attributed these characteristics.

Choi Zu Hwal was as a deputy military and aviation attaché of North Korea in Czechoslovakia from July 1979. From the very beginning he tried to establish contacts with the members of the Czechoslovak People’s Army and to obtain information from them especially regarding laser equipment and military electronics. However, some of the people he contacted were informers of Czechoslovak security services and reported the attempts of the diplomat to the relevant officers. As early as in March 1980, Department 5 Section 1 of the 2nd directorate of the SNB (National Security Corps) opened a file on the diplomat, with the cover name “Kladno”. Part of the operative investigation was also assisted by the Military Counterintelligence, which kept a separate file with the cover title “Pomocník/Helper”.

With the assistance of the network of informers, the State Security and the Military Counterintelligence had a very good picture of the activities of this North Korean spy. Their main interest was to find out what kind of information the North Koreans seek, what methods they use and whether they collaborate with the Chinese security services. The last reason was the attempt of the Czechoslovak authorities to supply misinformation to the North Koreans via this spy. Particularly one informer played the main role in this intelligence combination, with the cover name “Milan”, who worked as the Head of the Department of Radio and Counter-radio Equipment of the Military Unit 060. Choi Zu Hwal regularly visited “Milan“ in his flat where they had friendly conversations. The North Korean agent gradually tried to convince “Milan” about his true study interest in the topic of lasers and borrowed from “Milan” technical literature. Later, his demands became more intense and demanded that classified materials be lent to him and some technical equipment be supplied, for instance, components for the production of laser devices. With especially expensive equipment, he offered financial compensation, even 30 thousand crowns in case of laser crystals.

In the spring 1982 the Czechoslovak security services found that Choi Zu Hwal’s diplomatic mission in Czechoslovakia is going to end, and decided to finish it by the so-called legalisation of the information gained during the operations “Kladno” and “Pomocník/Helper”. The state security thought about gaining Choi Zu Hwal as an informer and double, based on compromising information, but in the end they declined this. After the last meeting with “Milan” on 20 July 1982, where Choi Zu Hwal received classified materials of the Czechoslovak People’s Army and a chemical safety mask, Choi Zu Hwal was detained and taken to the police station and later to the Embassy.

In the end the whole incident was resolved in a silent manner. The Czechoslovak Ministry of Foreign Affairs sent a strong protest to the Embassy of the Democratic People’s Republic of Korea. North Korea distanced from their diplomat. Given of the “friendly” relations to North Korea, the Czechoslovak side didn’t uncover the incident to the media and only warned North Korea that other such intelligence activities in future won’t be tolerated and are under control. Choi Zu Hwal left Czechoslovakia on 14 August 1982 in silence. The aforementioned archival materials have been taken from them as yet uncatalogued collections of the Military Counterintelligence and describe the diplomat’s detention on 20 July 1982. 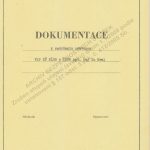 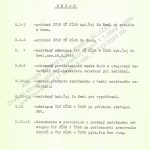 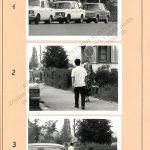 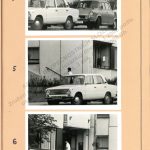 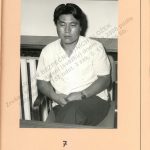 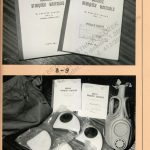 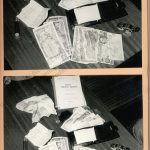 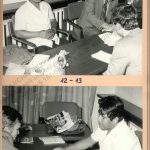 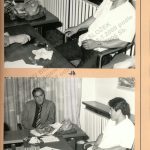 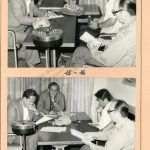