A Czechoslovak Archivist in East Africa

When I started two months ago we had no idea about the condition the archive here was in. Now I know a little more … The headquarters are in a small house in the town centre … Not only is the house old, small and lacking the necessary alterations, it is also unusually dilapidated. There are no windows, only thick grilles, and the roof is damaged in many spots, so the humidity is absolute. There’s dust everywhere, and also swarms of insects … – this is what Rudolf Rejman wrote in his report on Tanzania’s National Archives dated May 1967, preserved in personal file No. 44970 in the Main Foreign Intelligence Headquarters collection.

Through the Polytechna foreign trade enterprise, in June 1966 the Czechoslovak Ministry of the Interior received a request from the office of the 2nd vice president of United Republic of Tanzania for an expert who would serve a two-year term as the director of the national archives, then being established in Dar es Salaam, Tanzania’s biggest city, with the option to extend the term. The Archive Directorate of the Ministry of the Interior recommended that the offer be accepted, and proposed the experienced archivist Rudolf Rejman (b. 1914), who gave his preliminary approval. And as the position of a higher-ranking state officer with access to various documents was considered to offer good potential for intelligence purposes, the Foreign Intelligence Service took over the direct accomplishment of the mission.

The selected archivist was the director of the State Central Archives in Prague from 1955 and, according to his personal assessment, possessed the ideal qualities for a state employee. He was a skilled manager with excellent political awareness, moderate and measured, with a good approach to people, self-critical … and, as it turned out later, did not object to being in contact with the Czechoslovak intelligence service. As part of the extensive preparations before his departure, he took an intense English language course paid for by the Foreign Intelligence Service. He attended several instructional meetings in February 1967, led by an officer codenamed Dub[1], in which he was entrusted with the task of despatching information on the political and economic situation in Tanzania, including the influence of the USA, Great Britain, Germany and China, gaining intelligence materials (especially birth registries) for the Documentation Department of the Illegal Intelligence (10th Dept. of the Foreign Intelligence Service)[2] and identifying politicians, senior state officials and archive employees suitable for possible collaboration with the service.

Rudolf Rejman left for Tanzania on 22 March 1967. A few weeks later, he was contacted in Dar es Salaam by an intelligence officer codenamed Bilek,[3] who was entrusted with Rejman’s control, and on 9 May 1967 the arrival of the new director of the national archives was announced in Tanzania’s The Standard.

Rejman passed his first report, describing especially his latest observations from the central archives, to “Bilek” on 21 May 1967. He saw the conditions for the storage and care of archival materials as poor, yet the best in the whole country, and compared them to “a very dilapidated Czech district archive”. He also reported on the plans to build a new specialised archive building financed by the USA, which he was able to add his comments to.

Rudolf Rejman began to pass information to the Czechoslovak intelligence service in May 1967; however, the decision to open a file, codenamed Rado and justified as “cooperation with an ideological informer” (IS) was not issued until 27 December 1967. The file was registered on 1 February 1968 under reg.no. 44970 and handed over to the archive in November 1970 under no. AS-12176. It can be seen from several preserved assessments that the collaboration in the Rado intelligence mission failed to yield the expected results, especially due to limitations on using Rejman. “It’s a pity that a younger person, with better language and social skills, could not have occupied this office”, Bilek wrote in one of his assessments. The materials which Rejman was able to obtain were often assessed as unusable for intelligence purposes.

In October 1968, Rudolf Rejman became interested in who would replace him in the archive director’s office, and was even prepared to prolong his stay in Dar es Salaam by another year. That was not necessary, however, so he left for Czechoslovakia on 17 April 1969. Before his departure, he gave Bilek the required assessments of his fellow countrymen with whom he was in touch in Tanzania. Rejman’s superiors from the office of the 2nd vice-president of the United Republic of Tanzania saw his work and two-year mission as entirely satisfactory and appreciated the fact that he had been able to put a certain system in place and duly organise the archivists’ work in the archive.

After arriving in Prague, Rudolf Rejman returned to the State Central Archives and later became the head of one of its departments. The Czechoslovak Foreign Intelligence Service, however, did not consider using him any further.[4]

[1] The codename was used by Bohuslav Laska, an officer of the 4th Dept. of Foreign Intelligence, see preserved employee file 38425.

[3] The codename Bilek was used by Jiri Brozkovsky, a Foreign Intelligence officer at the residency in Dar es Salaam who was legalised as the 2nd secretary of the Czechoslovak ambassador at the local embassy. His personal file has been preserved under No. 38424 I.S.

[4] It is worth mentioning that on 15 June 1979 a personal file on Rudolf Rejman was registered as “Informer Candidate” no. 18025, codenamed Rado, by the 1st Section of Department XI. (Economic Intelligence Service). On 12 October 1979 the category was changed to “Clandestine Apartment Holder”, and on 15 January 1988 the file was handed over by the archival section under no. 790694 MV. 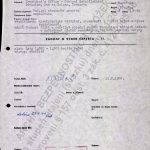 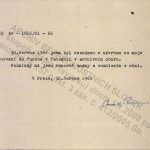 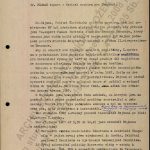 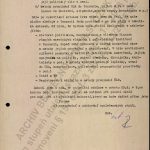 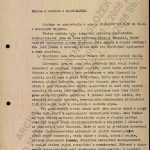 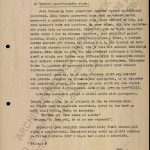 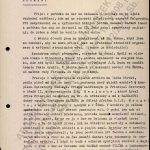 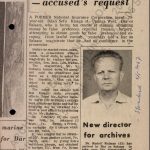 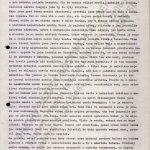 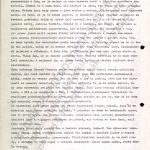 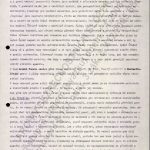 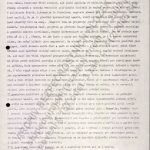 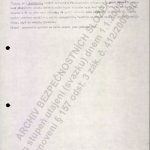 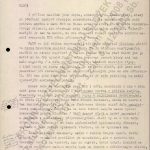 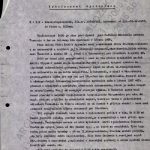 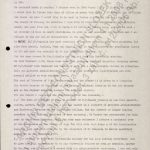 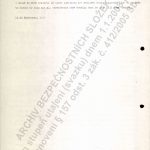 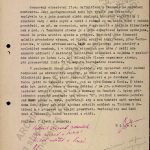 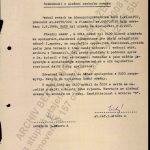