This archival material of the month deals with one case of death at the state border in October 1949 and its later investigation in 1954. The text is based especially on the materials that are part of the archival collection “Border Patrol Headquarters and Protection of the State Borders”, namely those kept in box 69. The case is interesting not only because it was re-opened five years later, which is exceptional in the context of other death cases on the border, but also because it asks the question about plausibility of some of the sources that were produced by security services.

Most of the cases of the people who lost their life as a result of intervention of security forces on the state border between 1948 and 1989 is related to the so-called military guard of the state border that started in 1951 and lasted till the turn of the 1980s and 1990s. The period from February 1948 to the end of 1950 is somewhat overshadowed by that. During that period, the state border, then free of wired roadblocks, high voltage barriers, etc., and with some less intense measures in the border zones, was guarded by the Border Patrol units of the SNB (National Security Corps) or by Border Guards of SNB, which were all police units. During this period, over 60 death cases were recorded at the Czech-German and Czech-Austrian borders.[1]

One such incident involved shooting a West German citizen on 22 October 1949 in the afternoon near Maxov, now part of Vseruby, the district of Domazlice. A battalion was located here which was part of the Plzen Border Patrol Headquarters, the Praporiste platoon near Kdyne. It was a two-men patrol consisting of lance-corporal Stanislav Vosahlo as the patrol commander, and the police candidate Jindrich Slavik. They used their weapons against Franz Stauber, then 30. They were equipped with two machine guns and two pistols. As they later confessed, Stauber was working with wood in the Czechoslovak territory and as he saw the patrol, tried to rush back to Germany. The patrol followed him and stated to hold him two metres before the state border. West German newspapers said a few days later that he was caught on the border path, or just off the border. The patrol made the German citizen leave the border through the forest and directed him to the road between the former village of Traxelmoos (Slatiny) and Maxov. He was checked for having weapons and escorted towards Maxov, which he protested against, and then tried to flee. He started running along the forest and down the road approaching the border. As the patrol members stated, Vosahlo started shooting at Stauber, and when he had used all the bullets, Slavik began shooting, too, at Vosahlo’s command. After the second shooting, the man fell on his back and probably tried to lean on a tree a little later. That’s when Stanislav Vosahlo shot him dead. The platoon commander declared the use of weapon to be justified. The superior command (Unit 9600) asked a penalty for Vosahlo for not having prevented Stauber’s escape as he was following him with a distance of only a few meters, and for the way he used the machine gun and all of the bullets while running, but only requested administrative penalty. The case was concluded like this.

However, the case was reopened almost five years later as a matter of coincidence. Information about the incident was obtained by the Military Counterintelligence Unit at the 3rd Border Brigade in Karlovy Vary, Nejdek office, where a dialogue between probable intelligence officers in Kraslice was reported in which everyone condemned Vosahlo’s case and classified it as a murder. At the time of reopening the case, Stanislav Vosahlo was a member of the political department at the Border Brigade in Karlovy Vary. Some of the former members of the border units from the area had met Vosahlo when he was in the 3rd Brigade, and were surprised, according to the intelligence report, that he had not been fired: “It was an affair that everyone and everywhere in the platoon spoke about. At that time, everyone condemned it …” Based on this piece of intelligence, the Military Counterintelligence interviewed two patrol members who served nearby at that time, namely in Vseruby and Folmava.

The investigation controlled by the Search Commission continued by identifying persons who attended the incident or who participated in investigating the case in 1949, and their interrogations. They included Vosahlo, Slavik as the second patrol member, Maxov section commander, Praporiste platoon commander, a doctor from Kdyne who inspected the body, and also the local grave digger.

The materials produced by the Search Commission, which included Josef Placr of the Operative Department at the Border Patrol Headquarters and also a military prosecutor, include a very important testimony of Stanislav Vosahlo and Jindrich Slavik, the former patrol members. Unlike in his 1949 testimony, Slavik stated that Vosahlo shot dead Stauber using his pistol several times from immediate vicinity. He also stated that he mentioned this when speaking to his commander during the investigation of the incident in 1949. This was a serious statement, as the investigators could reclassify Vosahlo’s action as murder. During their confrontation, both Vosahlo and Slavik maintained their standpoints. The difference against the previous interrogation records, in which Vosahlo stated to have shot the wounded Stauber moving in the grass, was that he admitted having seen the wounded, but repeatedly denied having shot him from immediate vicinity.

The new investigation partially gave an answer to the question of why the case was described differently after the incident. The then platoon commander stated that he had not carried out an in-depth investigation, as he relied upon the investigation conducted by the section commander and the doctor. The section commander stated that he was ill at the time and only saw the unit for a short time on that particular day. The doctor said that he had been warned that the affair was classified, and therefore only made a brief examination. There is also an interesting statement by the platoon commander who did not want to damage the career of young officers who were only allocated to the unit at the beginning of October 1949. The Search Commission also requested exhumation and autopsy. The results implied that bigger bullets, i.e. from the machine gun, could damage the body at its lower parts, while a damaged rib implied a smaller bullet, i.e. pistol, and occurred from the front. Vosahlo was taken to custody on 17 September 1954, but was released in the latter half of October. We know that he asked president Antonin Zapotocky for a pardon, and that the Minister of the Interior supported the pardon. The president decided that the investigating should be dropped, therefore no criminal action started. There may have been so-called “system reasons”, as can be seen in the last image in an assessment supplied by the Border Patrol commander and completed by Josef Placr, the chairman of the Search Commission. 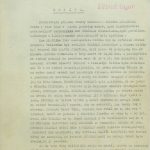 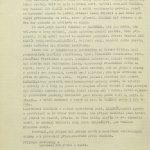 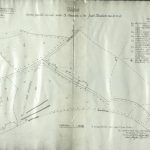 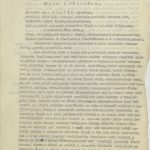 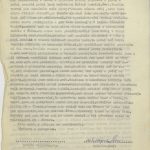 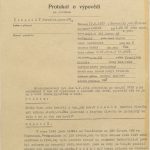 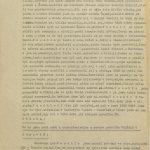 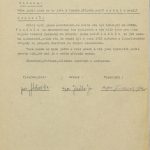 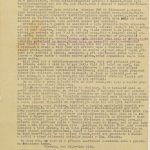 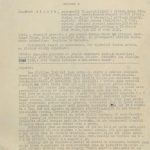 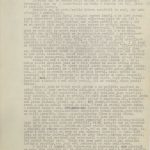 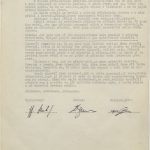 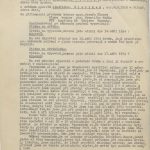 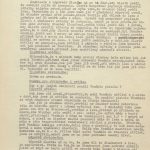 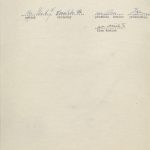 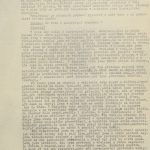 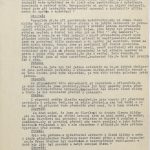 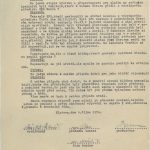 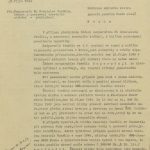 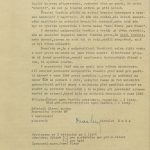