Archiv bezpečnostních složek In the Case of Another World War

In the Case of Another World War

2nd Dept. of the Staff Headquarters and Its Predictions of Development in Czechoslovakia’s Neighbouring States

Every state establishes its intelligence services, and such was also the case of post-war Czechoslovakia that found itself, or actually continued to be, surrounded by the states that had declared their territorial claims on it. Military intelligence consisted of the offensive, defensive and war sections. The offensive intelligence activity was in the competence of the 2nd Department of the Staff Headquarters of the Ministry of Defence, and its primary task in 1946 was: “Provide the government officials for their decision-making with a synthesis of intelligence concerning war preparations, plans and capacity of the enemies, whether actual or likely”.

The core activity of the 2nd Dept. of the Staff Headquarters was the control of offensive and defensive intelligence abroad, the study and evaluation of the intelligence gained and its reproduction in summaries and various other aids (maps, photographs, drawings, etc.), preparation of military plans (to secure borders, mobilisation plans, and other), preparation of materials to carry out offensive intelligence work, staffing agenda, and personal matters and training of intelligence officers at all levels (from battalions to military areas). It also maintained registries and did screening of foreign military persons residing in Czechoslovakia and home staff sent abroad, controlled the offices of Czechoslovak military attaches, contacts with foreign armies, and organised the visits by foreign state representatives, especially members of military. Its competence also covered the cryptograph group which provided comprehensive services to the army in cryptography and cryptanalysis (deciphering of foreign messages).

The most important outputs of the 2nd Department included especially reports from abroad, their analysis, assessment of situation in the key world’s and European powers, predictions of future political and economic development and especially the military potential of the surrounding states. In the latter half of 1950, the 2nd Department prepared a material entitled “Underlying Intelligence for the Preparation of the Border Security Plan”, according to which mobilisation plans and deployment of the Czechoslovak army were to be prepared in the light of the possible foreign threats in the upcoming 2–3 years. Separate chapters were dedicated to every neighbouring state of Czechoslovakia which was seen as a potential threat to state security, i.e. Hungary, Austria, some parts of Poland and the relevant part of Germany. The archive materials lodged with the ABS provide us with an opportunity to have insight into the contemporary work of Czechoslovak intelligence officers, the period atmosphere and political situation. The style and tone of the texts also implies growing controversies and the beginnings of division of Europe along the Iron Curtain. A careful observer will also find clues and conclusions indicating clearly who would support the hypothetical aggressors and who would help the attacked republic. It must be stated, however, that territorial changes in Central Europe to the disinterest of Germany and the post-war organisation of Central Europe were not seen as particularly optimistic by the intelligence officers. They added a passage at the end of this material which stated that the best military defence of Czechoslovakia would comprise a skilled minister of foreign affairs, and that the threat of returning to the 1938 situation did not wane.

The archival materials of the 2nd Department of the Staff Headquarters were affected by the 2002 floods. Some were completely destroyed, others were damaged. After the flood, they were put in bulk to freezers, then in the vacuum desiccators, disinfected and treated by ozone. However, impacts of the damage by water have still been apparent, including the presented document. The archival materials were acquired by relocation from the Military History Archive in Prague to the Security Service Archive in 2012. 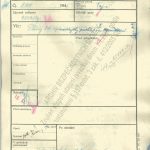 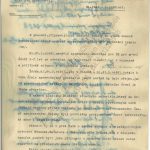 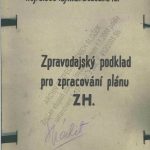 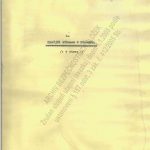 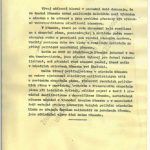 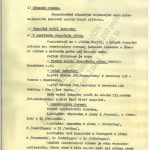 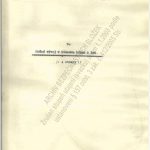 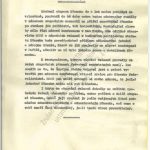 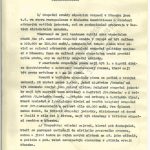 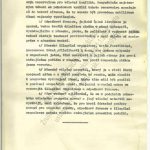 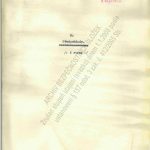 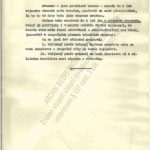 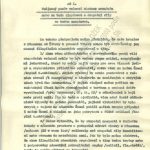 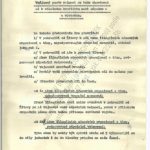 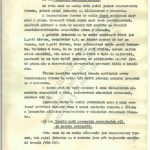 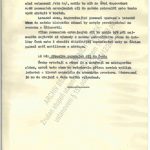 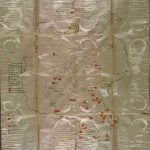 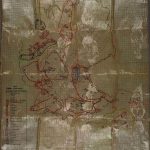 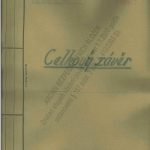 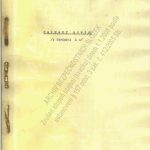 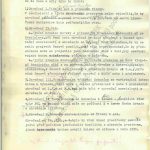