Dana Zátopková under the Flag of the ‘Red Star’

It was the year 1952, and a pair of Czechoslovak sportsmen was in full control of the 15th Summer Olympics in Helsinki. The Zátopeks won golden medals in one day and in a short interval, something still seen as unique in the history of the Olympics. During their sports careers, attention was drawn to Emil, who was more famous then; however, at the time when he finished his career, his wife Dana was still able to win a silver medal at the 1960 Rome Olympics at the age of almost 38. On 19 September 2022, this successful javelin thrower would have been 100 years old.

Two years after the Rome Olympics, Zátopková applied for a job at the Ministry of the Interior as a civil servant and subsequently became a trainer in Prague-based Red Star sports school, then part of the Department of Physical Education of the MoI. Owing to this, the Security Service Archives keeps her personal file, sign. 3628/22.

The process of recruitment did not go particularly well. Václav Mudra, head of the Department of Physical Education, gave a clear recommendation, highlighting her successes in athletics as well as the fact that she was a graduate of a trainer school. But issues came up during her check by the 3rd Department of the MoI, which was internal intelligence. They saw a problem in her alleged expulsion from the Communist Party of Czechoslovakia, her contacts with “émigrés and foreigners, from whom she took letters and parcels to Czechoslovakia” during her travels abroad, including close links to the former Czechoslovak discus thrower Olga Fikotová who, after a marriage with the hammer thrower Harold Connolly, moved to the USA. There were also hints at her birth name Ingrová and therefore an alleged relation to General Sergej Ingr, the minister of defence in the Czechoslovak government-in-exile in London, who decided to stay abroad after February 1948 and became one of the founders of the Council of Free Czechoslovakia.

After this quite disparaging assessment, Zátopková was invited to the Department of Physical Education for an interview “to clarify some disputable points” raised during her check. As regards her expulsion from the Communist Party, she stated that the party organisation in Uherské Hradiště was to blame, as they lost her application filed after February 1948. Following the problems that occurred, she decided not to enter any party. She strongly denied any relation to Sergej Ingr, stating that he had been only present as the godfather of her brother Miroslav, and during the so-called First Czechoslovak Republic he was the commander of her father Antonín. She met the general only once in 1936. She also said that the surname was the reason for much trouble that she and her family had to suffer during and after the war. It is, after all, supported by several other assessments in which Ingr is mentioned and denounced as her uncle.

The interview made the commission satisfied and there was nothing in the way of the former javelin thrower’s career as a trainer of young athletic talents. However, the adverse response still took its toll. The deputy minister Jindřich Kotál addressed the head of 3rd Department Jaroslav Bartoň and completely denied the assessment. He reproached Bartoň especially for not having verified all the available intelligence regarding Zátopková’s alleged contacts, as well as her membership of the Communist Party and possible relations to General Ingr. For him, the whole case “proved low quality of our work, when we issue assessments without verification that are often of a major importance for the whole life of the person concerned”. He also recommended that the case be analysed and appealed for it “to become instructive for those comrades who do not understand that such forms of work are no longer acceptable today”. We can only speculate how the case would have ended, had it happened ten years earlier than in 1962 …

We can just add that Dana Zátopková worked as a trainer of the Red Star only for less than a year. In September 1963 she became an employee of the Central Committee of the Czechoslovak Union of Physical Education, where she was supposed to become the general trainer in athletics, focusing on throw events. Rather than on Zátopková, her personal file includes information on her relatives, whether real or alleged ones. 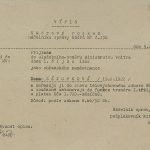 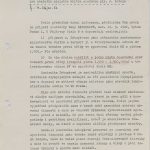 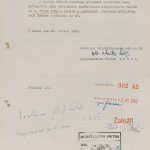 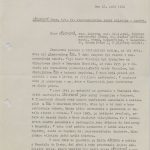 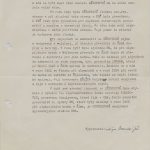 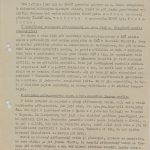 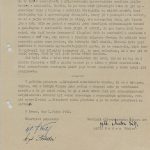 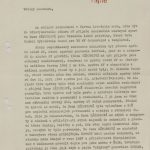 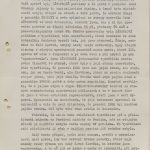 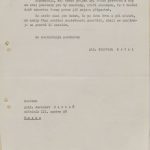 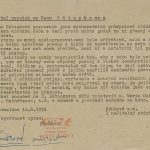 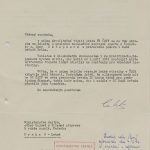